Tag Archives: The Tooth Fairy Before The 1900s

The Tooth Fairy Before The 1900s 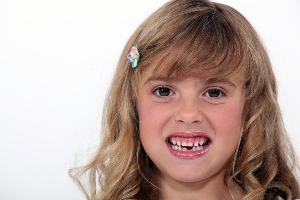 Together with Santa Claus and the Easter bunny, the tooth fairy is among the most recognizable figures of childhood. In true secret fashion, parents get the fallen deciduous tooth underneath the pillow, leaving a money bill or two in its place.

All around the world, parents go to great lengths just to make the story of the tooth fairy as real as possible in the young-unadulterated minds of their children. And not for nothing. The tooth fairy perhaps best symbolizes the earliest physical changes that people undergo during childhood.

The story of the tooth fairy as it is told today has only been around since the early 1900s. Prior to this time, many of the early European cultures practice the ritual of burying the milk teeth of their children. People of the time believe that burying deciduous teeth deep in the earth ensures that the child grows a healthy set of adult teeth.

In other early European communities of the time, people practice the ritual of burying fallen deciduous teeth out of fear that witches might use them to place a curse on their children.

Eventually, as the world progressed into modernity and people moved from the country and into city, the ritual changed from burying deciduous teeth underground to planting them into flowerpots. It wasn’t until later on that the narrative and practice of the tooth fairy mythology was transformed into the tooth-underneath-the –pillow modern retelling that most of us are familiar with today.